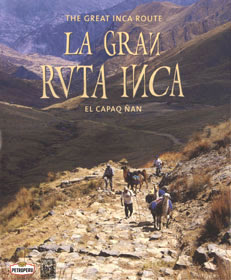 
Espinosa had touched Equator, Peru and Bolivia and wished that the effort would get Argentina and Chile to join in, these efforts helped restoring the Incas out of Cusco and back into all of their land. Because the Inca empire had a great expansion in the one hundred years before the arrival of the Europeans. Cusco was the center of the empire, the capital, but the empire spanned far away from the capital.

Thanks to Espinosa a union was created by Peru, Equator and Bolivia to work on a project to rediscover and promote the Qhapaq Ñan. Later Argentina, Chile and finally Colombia joined in the efforts towards the recognition of the project. The joint work and efforts to make the Qhapaq Ñan a UNESCO world heritage site was rewarded in 2014 when the UNESCO accepted the project.

Ricardo Espinosa Reyes wanted to give back to the Andes these fabulous ancient roads, by making them known and reevaluating them. There is a long way to go, to bring back from the past every parts of these roads. Many parts have been lost or forgotten, many parts have been destroyed through time.